iSolveEQ was the second app I developed. I made it just after I released iConvertMaster. It allowed the user to solve polynomial equations of up to degree 4 as well as 2x2 and 3x3 simultaneous equation systems.

Whereas it is still functional, its user interface is outdated and it has plenty of room for improvement.

On the App Store: 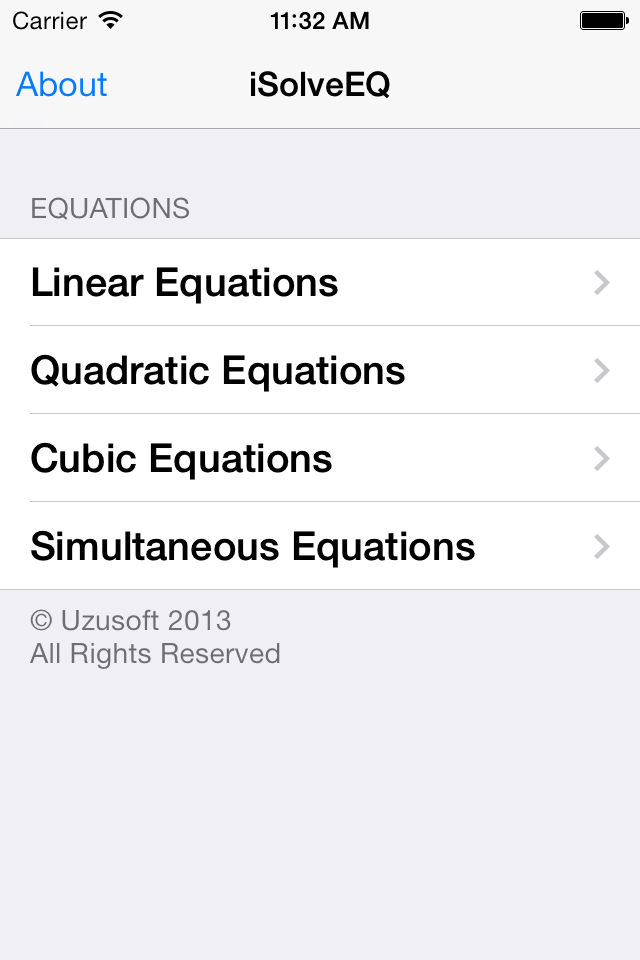 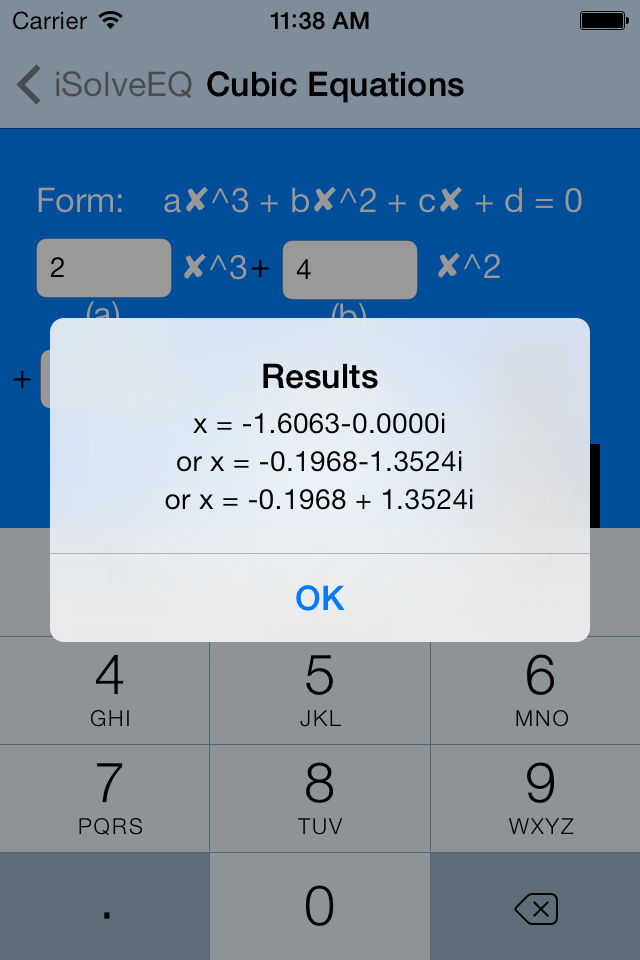 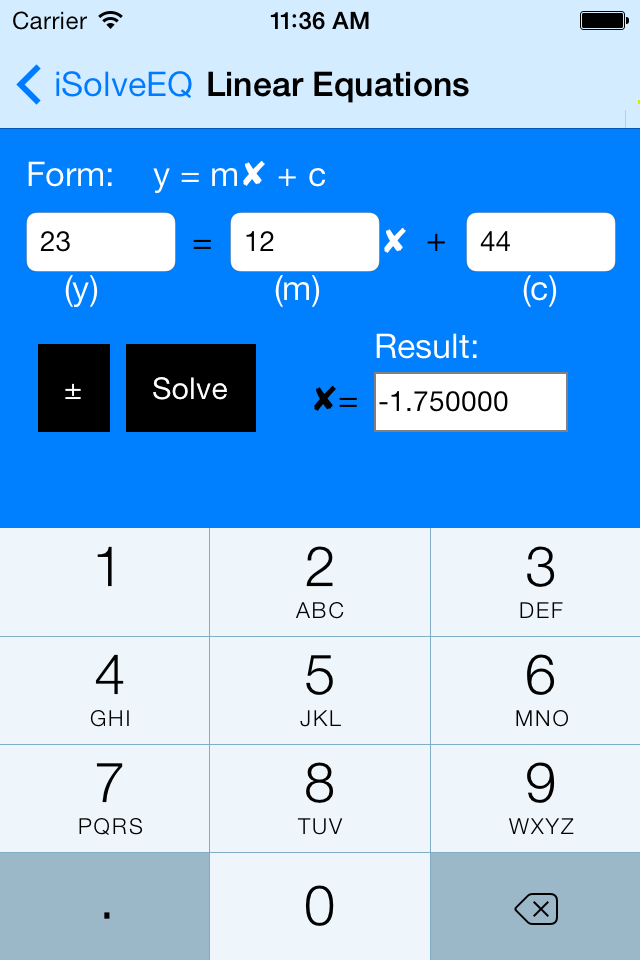 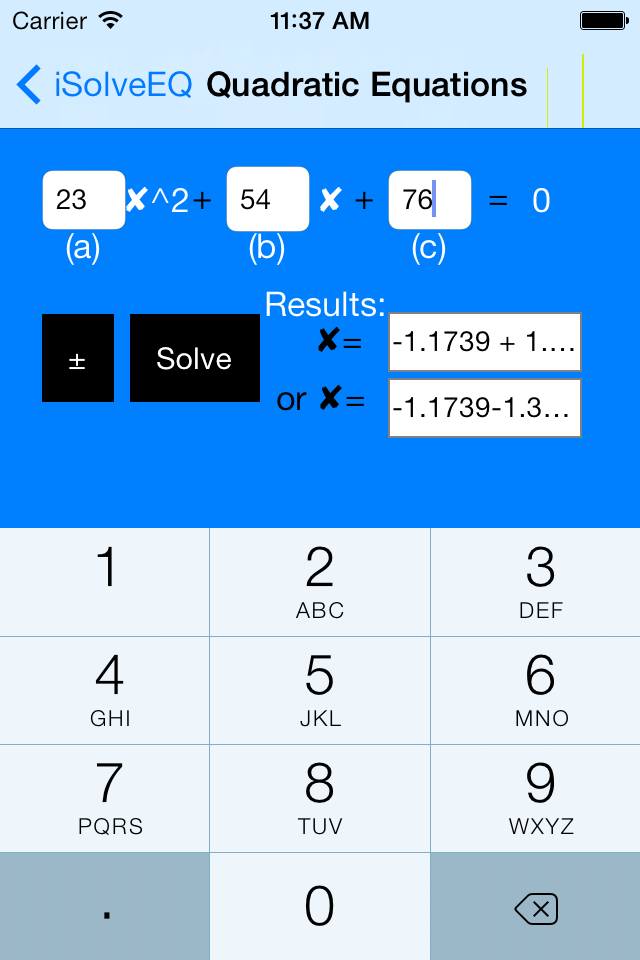 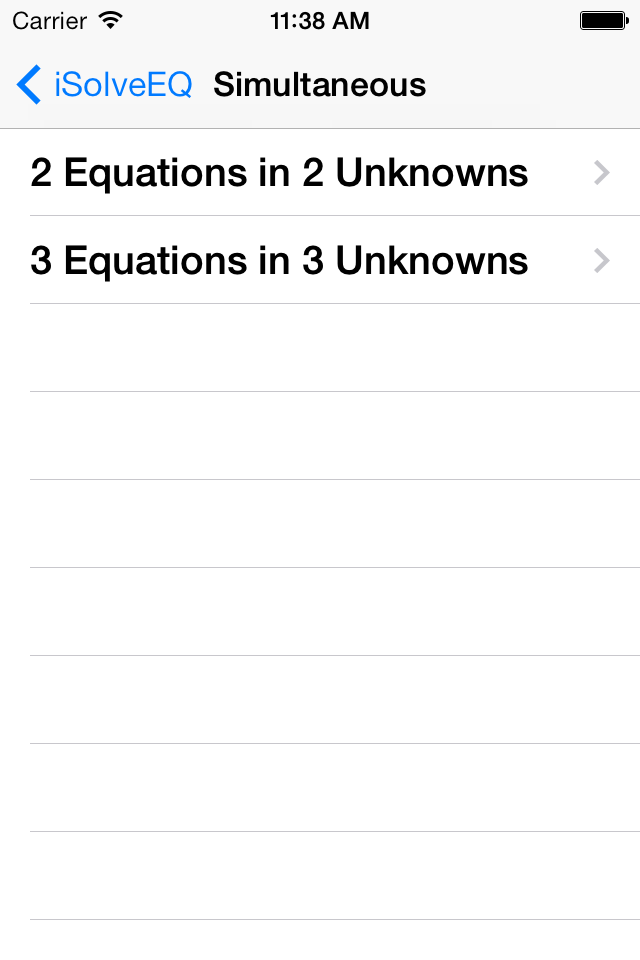 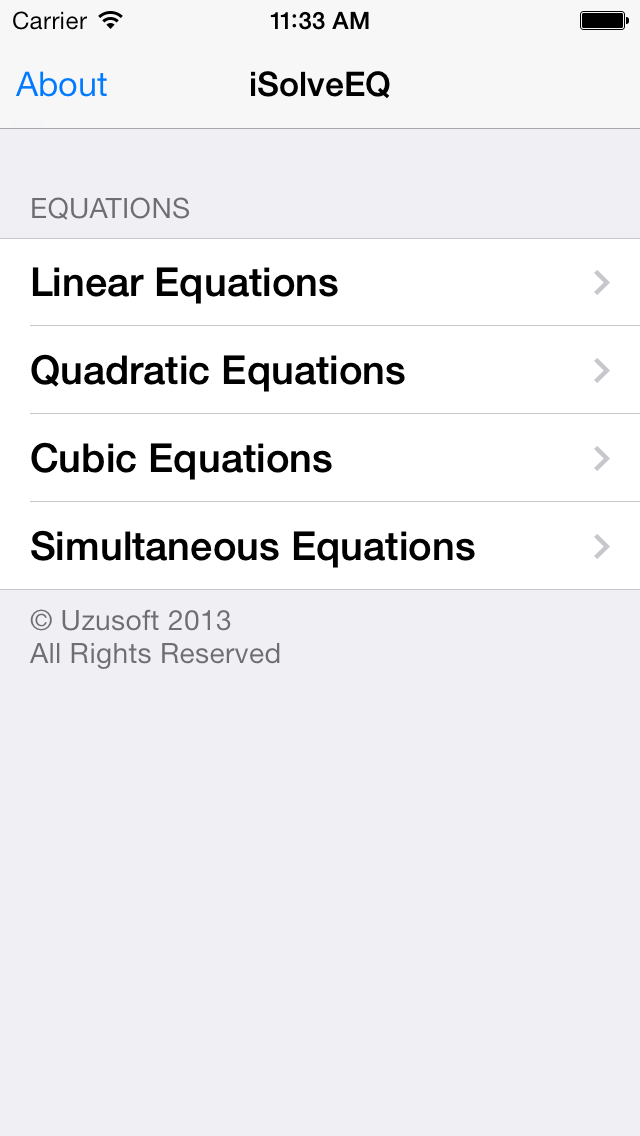 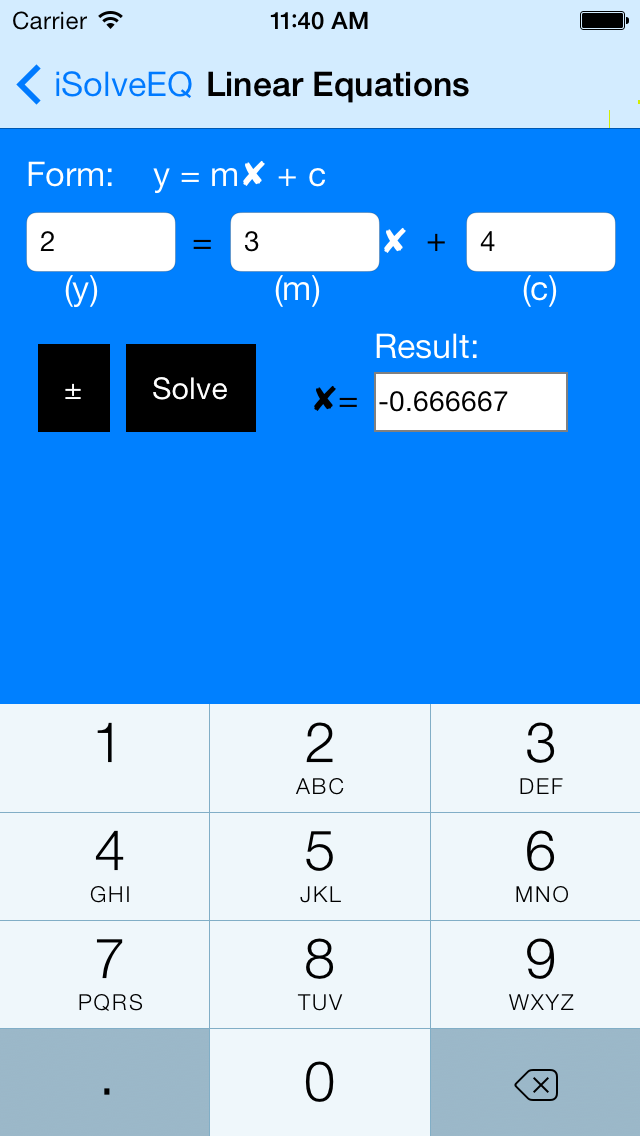 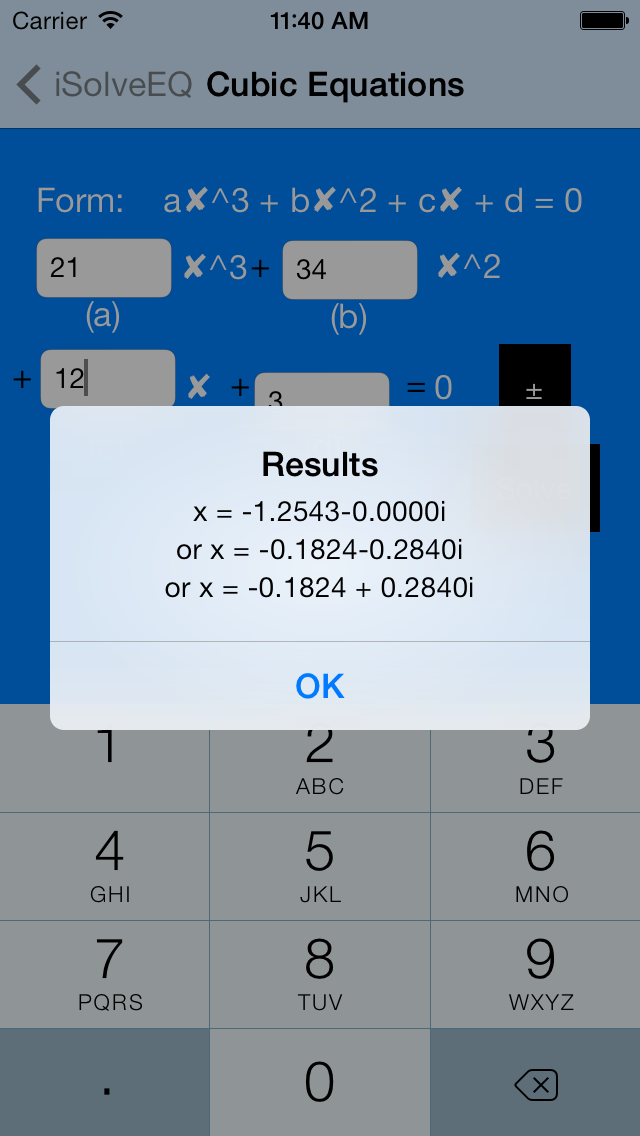 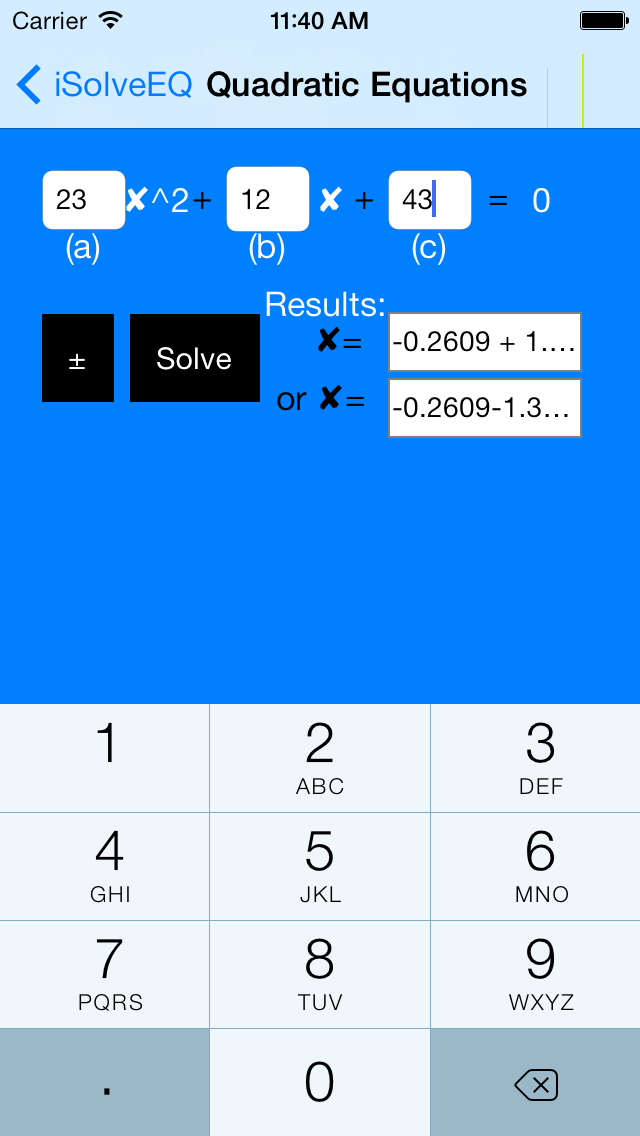 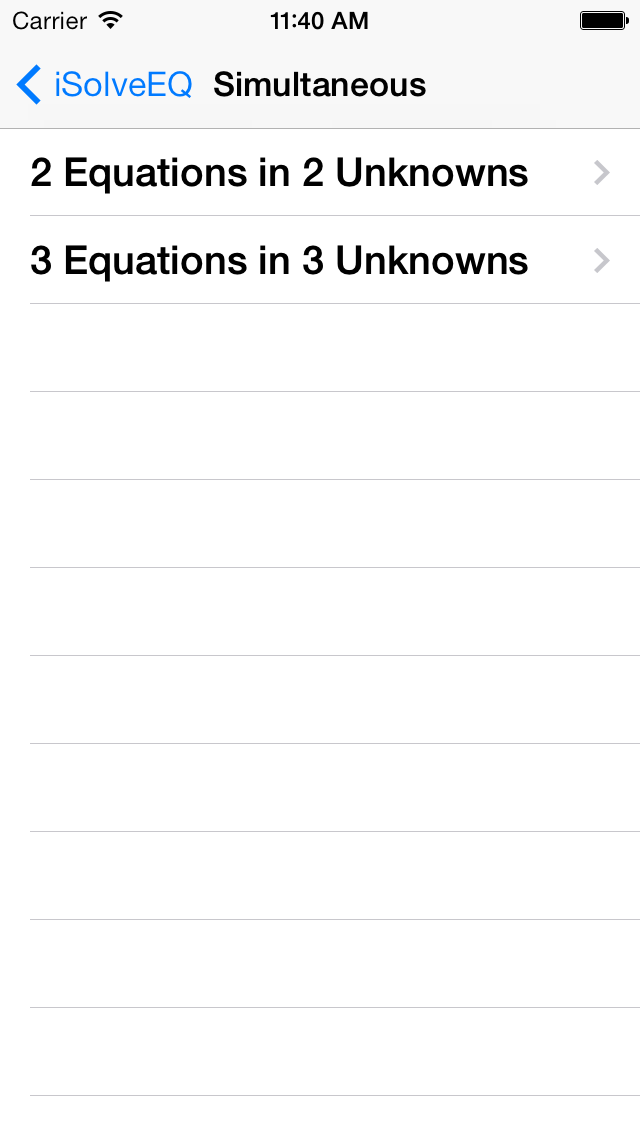 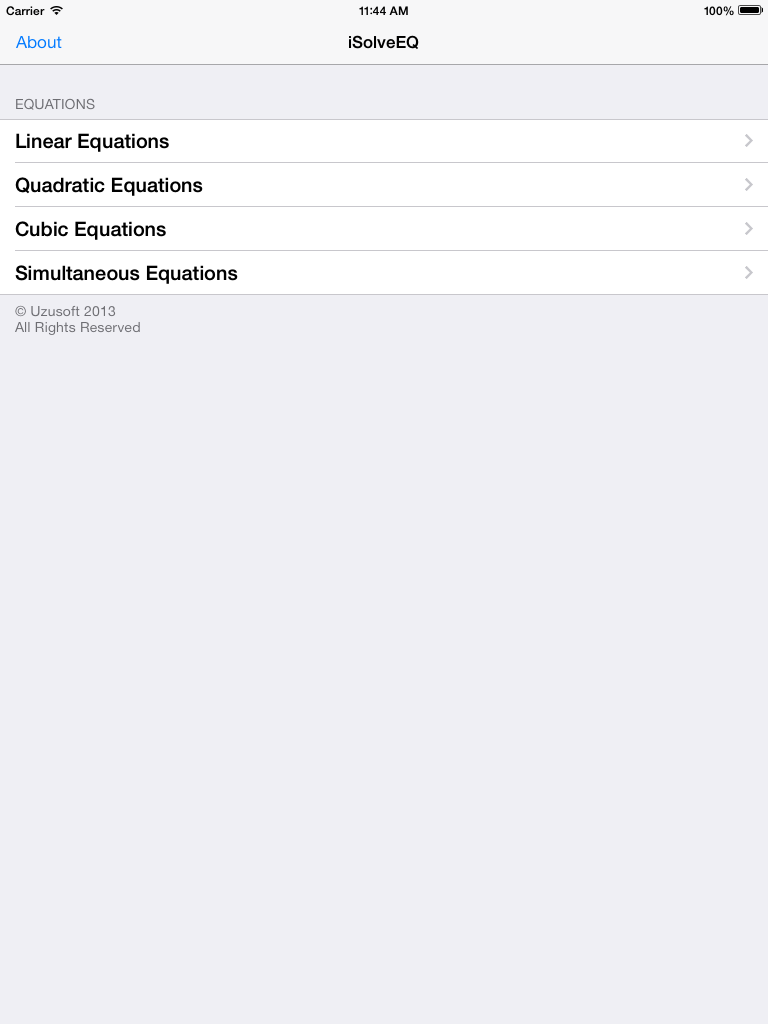 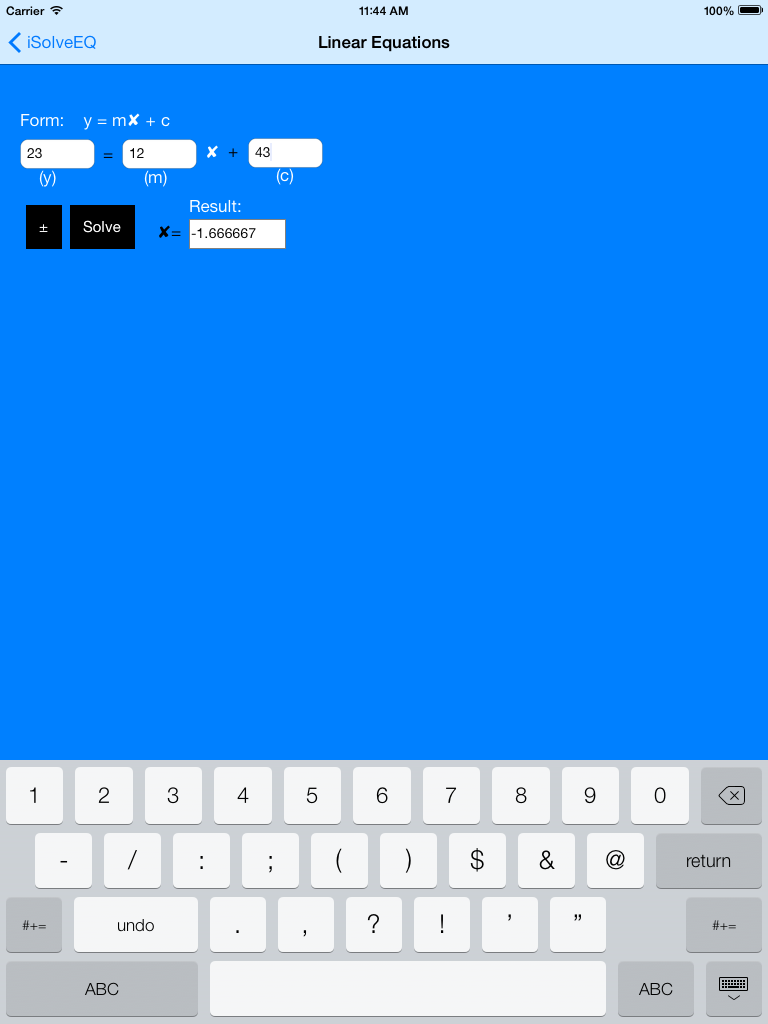 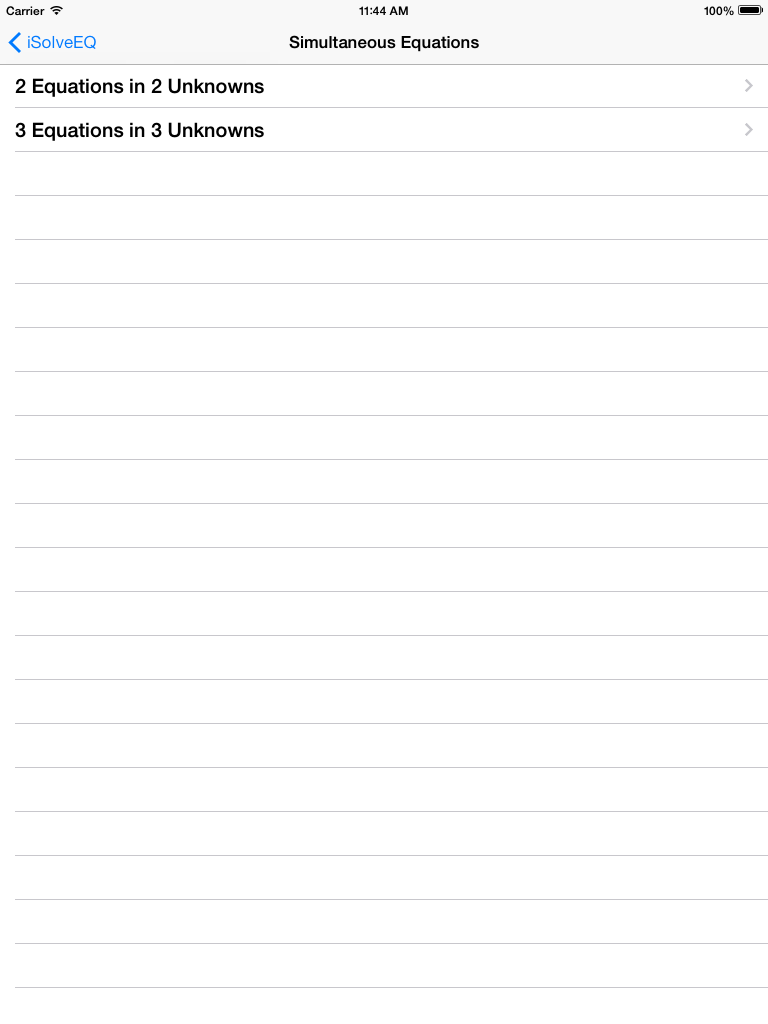 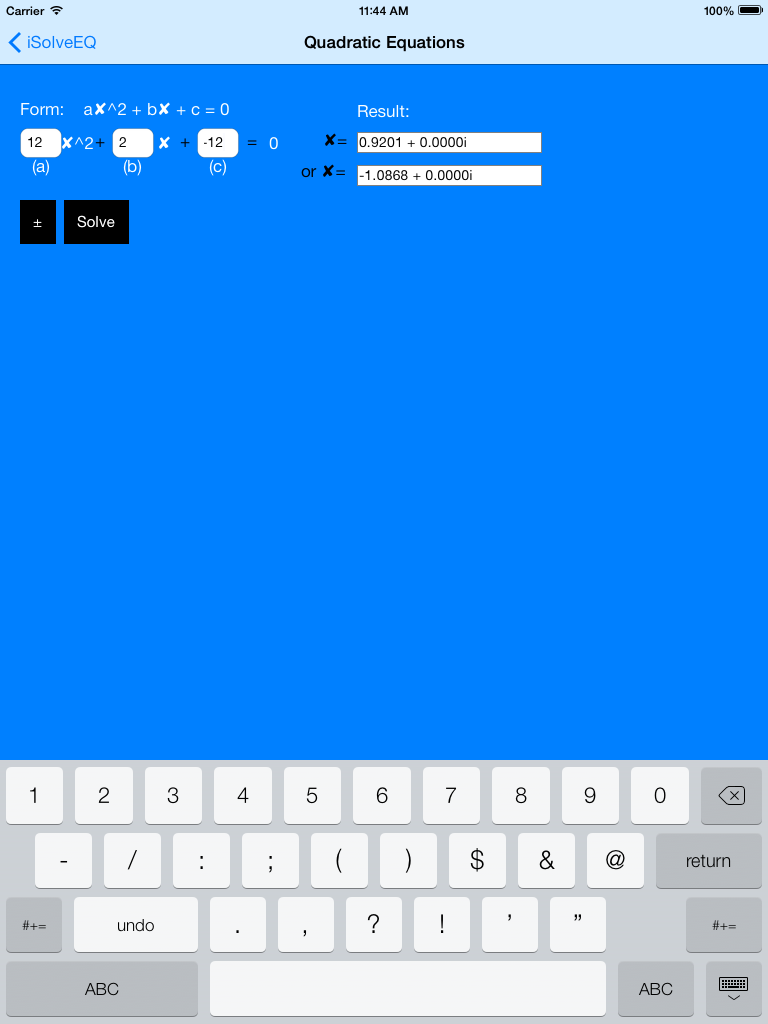 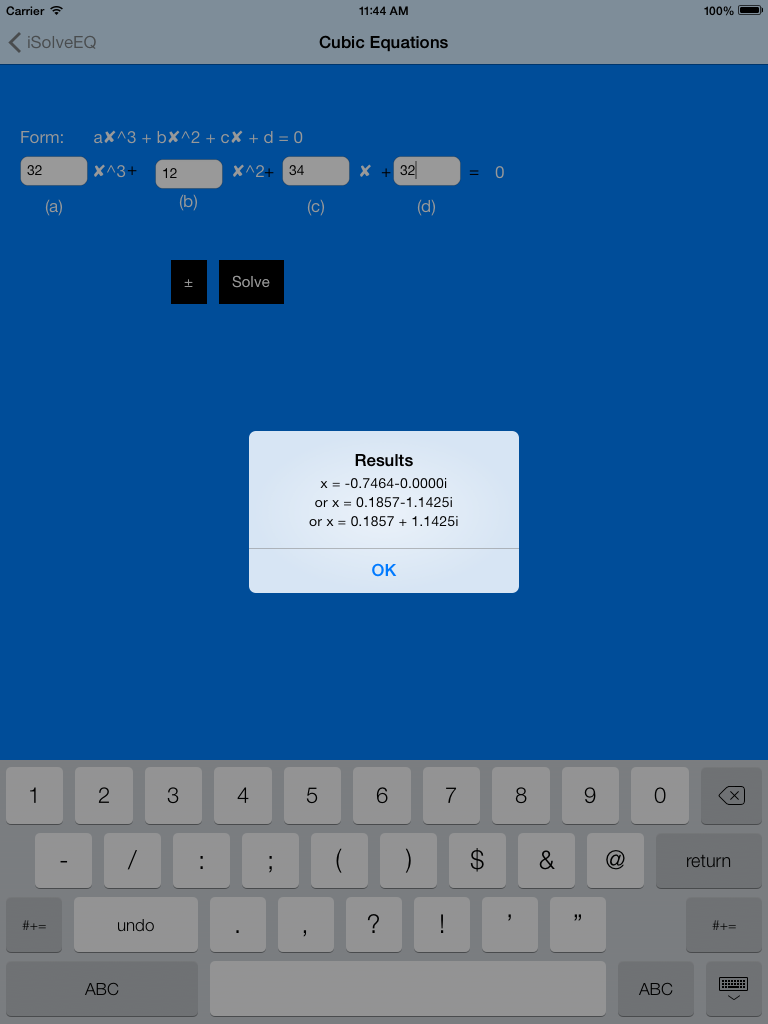